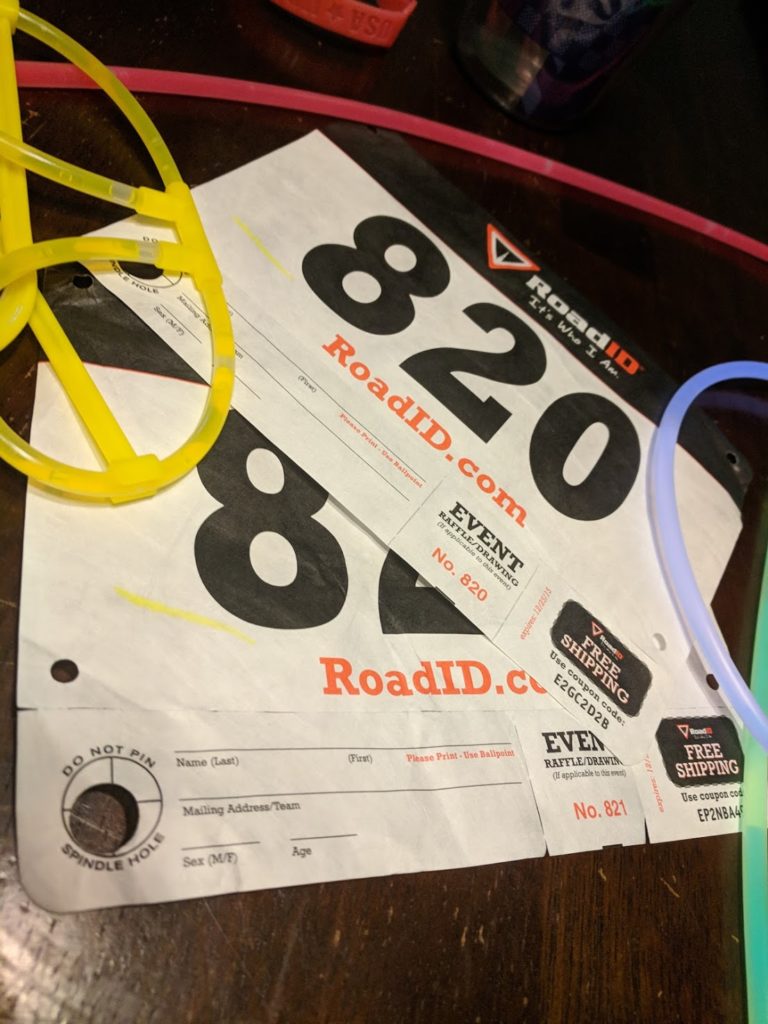 I turn 28 in 10 days, and if you saw way back in January I made a goal, or I guess since it was January it might as well be called a resolution, to complete a 5k by my 28th birthday. Well, I did it, I completed a 5k! It didn’t go according to plan, but I got through the finish line.

AJ and Aliceana joined me on this 5k and we did it together as a family. It was actually a fun nighttime run/walk with lots of glow in the dark necklaces at each checkpoint. Aliceana wanted to go because there was a foam party at the finish line. 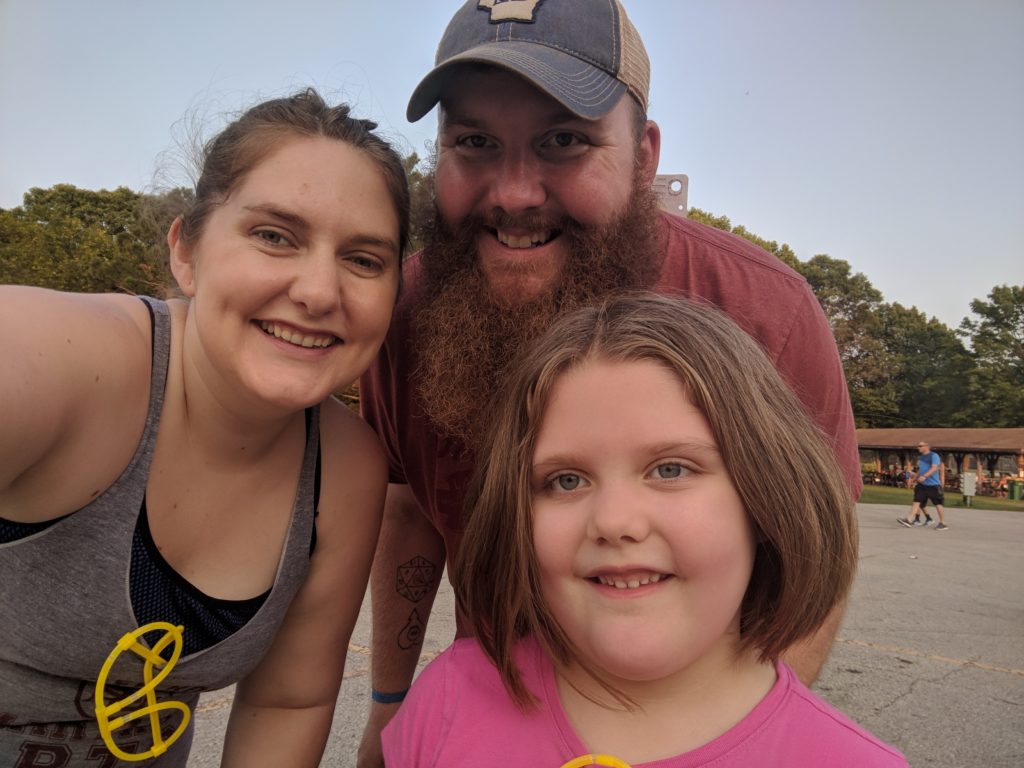 So we started out in the 4th and final wave of runners, and Aliceana was pumped. We ran for the first 200 feet, she really gave it her all, and then she was immediately burned out. The rest of the way? Well, it was a lot of us trying to motivate her to move her legs at all. We were going at a snail’s pace, I was trying to speed walk ahead of her to get her motivated but that would just end with me stopping completely to wait or running back to be with her and AJ. 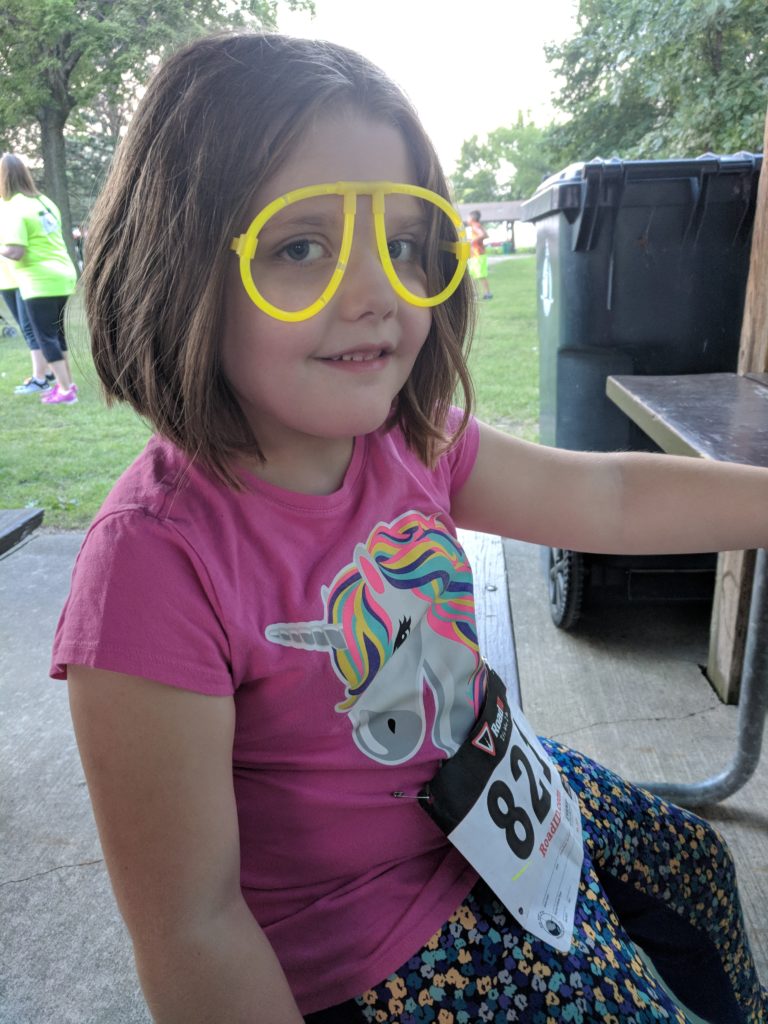 When we got to the halfway point, it was time to do another lap around the same course. She started going even slower. By the time we were close to finishing there was now a cart closely following us down the path with its headlights interrupting the ambiance of the glow walk. This was it, we were at the very end of the glow run, we were the slowest and last and the cart following us to signal the end? It was pretty embarrassing, it felt like I was back in middle school again. I’m basically still the girl that can barely do the mile run in school.

We got to the finish line and ran for the last bit through the finish line. The foam party was over, the foam had disappeared into the pavement. We beelined straight for the car and called it a day. I asked Aliceana if she wanted to do a 5k again, and heard the quickest “no.” in the history of replies.

I think we will try to do it again at some point though, I think we’ll train a bit more before we try it again though. The thing is, we finished. Since the course was 2 laps a lot of people gave up and called it quits halfway through, and we might have been the slowest, we might have been last, but we finished and I think we should all be proud of that. After running…ahem…walking the course I definitely think I could do a 5k by myself, I think it’s a lot more fun to do as a family though.