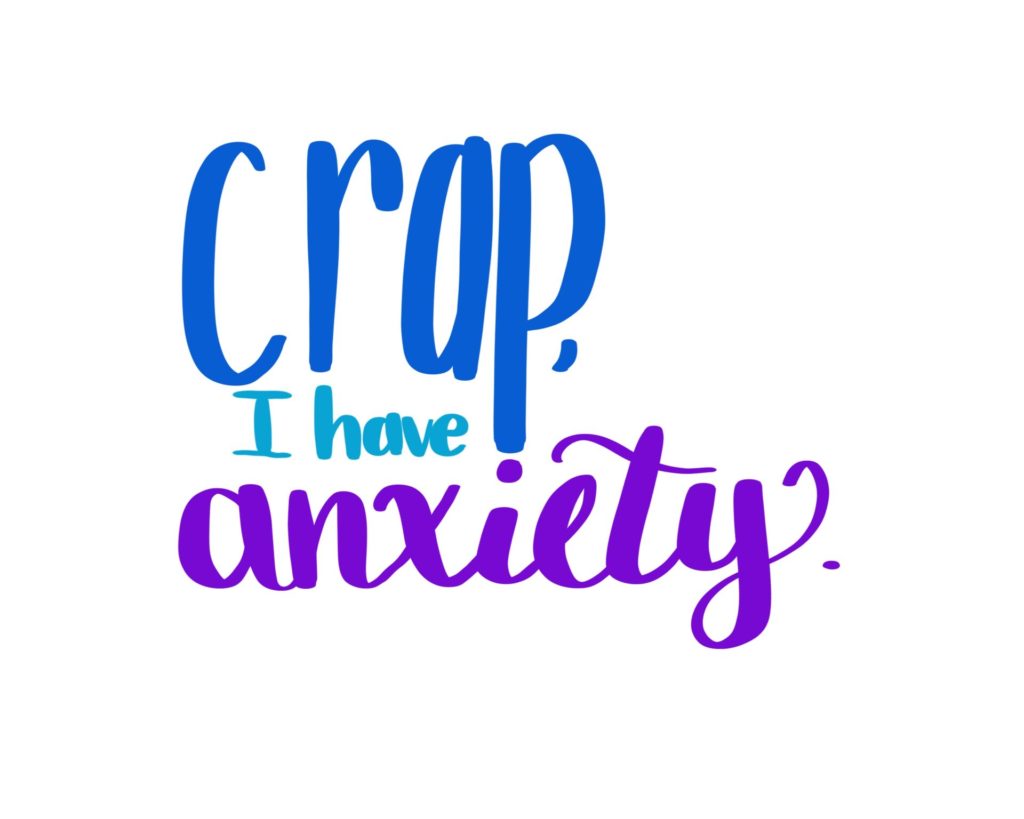 Crap, I think it’s about time to admit I have anxiety.

How do I know I have anxiety? Well, during a standard doctor’s appointment my doctor said, “You have a heart murmur, let’s order an ECHO to check it out. ” Since I had new insurance I decided to wait to check it out until after the New Year. I spent the entire holiday season convinced that my heart was failing me. The week before my ECHO I had intense chest pains, incredibly sharp pains that made me think I was having a heart attack. I called my doctor’s office, they said it wasn’t a big deal unless I had shortness of breath or the pain extended to my arms, or the other heart attack warning signs, and we scheduled a doctor’s visit for after my ECHO. I still had an entire week until my ECHO and I was still having the pains and freaking out.

Fast forward to Saturday, a couple days before my ECHO and the chest pain was incredible, and it was getting hard to breathe. This was it, I was having a heart attack, I had to go to the emergency room. Well, it turns out that I might have had some heartburn, but in all likeliness, I let my anxiety put me into full hyperventilation mode. In the process, I scared the crap out of my daughter, and my grandfather (the only father figure I’ve ever had) when they saw me all panicked and hooked up to machines in the hospital. I left the hospital after a lot of hours waiting, many blood draws, two EKG’s, having to ingest a weird chalky GI cocktail, and an order to take Omeprazole daily.

By the way that ECHO basically told me that I have a few little defects and a little bit of calcification around one of my valves, something the doctor isn’t even concerned about. I put myself in a frenzy over nothing.

This isn’t the only time I’ve ever experienced anxiety, it’s just the worst case. I’m the kind of person that lies awake at night worrying about everything from, “Did I put that load of laundry in the dryer?” to “Am I a good mom?” I let little things bother me all the time, and I feel like I need to fix everyone’s problems. Bottomline; I worry about everything. I’m kind of a basket case.

After this whole emergency room episode, my doctor also discussed anxiety medications and therapy or counseling with me. She didn’t blame me for not going the anxiety medication route, but I could tell she really wanted me to consider therapy. To tell you the truth I would be terrified to go to any sort of therapy.  I feel like the therapist would rule that I’m not a good person and make me go through all of those steps that you have to go through in AA, where you have to make amends, or that the therapist would say I’m basically my mother. I would rather make amends with everyone I’ve ever met, even those boys I chased and kissed in kindergarten, then admit I’m anything like my mother.

Instead, I’m trying to be more mindful. I’m trying my best not to make an impossible to-do list for myself. I’m cleaning up literal clutter in our house (it’s like I’m nesting, and AJ’s over it, but accepting of it.) After reorganizing our house, I’ve made a point to clean up clutter daily, do a few dishes instead of letting them stack up, do a quick vacuum daily, do a load of laundry a day instead of 7 loads once a week. I’m making a point to workout, it’s me-time and I kind of love it, plus I’m listening to my favorite self-help book (affiliate link to the best book ever, Get Your Shit Together

) while getting my cardio in. I’m also trying to be a little more vocal about what’s annoying me, rather than letting it fester until I blow up. I’ve swapped out my 2nd or 3rd cup of coffee for a batch of herbal tea. I’m basically trying to take care of things right away instead of letting them build up and it kind of works for now. If it gets back to the point of putting myself in the emergency room I’ll have another chat with my doctor, but until then I’m going to try to figure myself out.

Crap, I have anxiety, but I think I can manage it.

Previous Post: « LEGOs the gift that keeps on giving
Next Post: I hate running…5k here I come. »