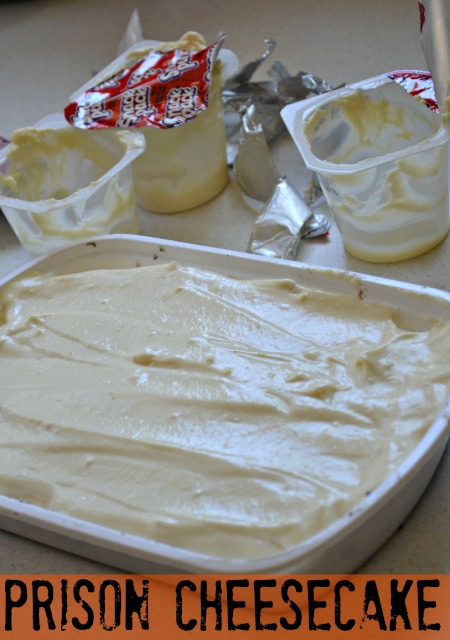 I might currently be binge-watching Bloodline on Netflix, because I just can’t wait for Orange is the New Black season 3. Bloodline is so addicting with it’s format of glimpses into the future and past, I absolutely need to know what happens so I’ve watched most of the series in the last 3 days and hope to be done within a day or so. Can I officially call Netflix my favorite hobby? #StreamTeam

Anyway, after I binge watched Orange is the New Black season 2, I immediately thought. No way. The real Piper is married, Larry couldn’t have done that! Well, that and…I need more. now!

So I immediately started reading Orange is the New Black: My Year in a Women’s Prison

written by Piper Kerman. Then I  had the pleasure of meeting Piper Kerman later that Summer. She’s amazing, she took a really bad thing, and turned it around. She now works to bring awareness as to prison reform and equal rights. Seriously, go follow her on Twitter @Piper and read her book, seriously, it’s an eye opener.

In the book you’ll see some of the storylines from the show, like what really happened with the missing screwdriver incident. You’ll also read about the same characters, some of the names and personalities are slightly different. Let’s face it, it’s cool to know there’s a real “Red” out there!

One of the things that stuck out to me in her book, was her recipe for prison cheesecake. Of course it did, I’m a foodie.

In honor of season 3, and the badass known as Piper Kerman. I made prison cheesecake. This was the only recipe I have ever followed where the instructions included stealing from dining halls.

This is the first recipe I ever made that I was honestly afraid to eat. It’s a weird concoction. Here are the ingredients, yes, apparently you can get Laughing Cow cheese in prison. I’m actually not sure if they used bottled lemon juice or juice from actual lemons. Also, I’m pretty sure that plastic utensils in prison are not bright pink. 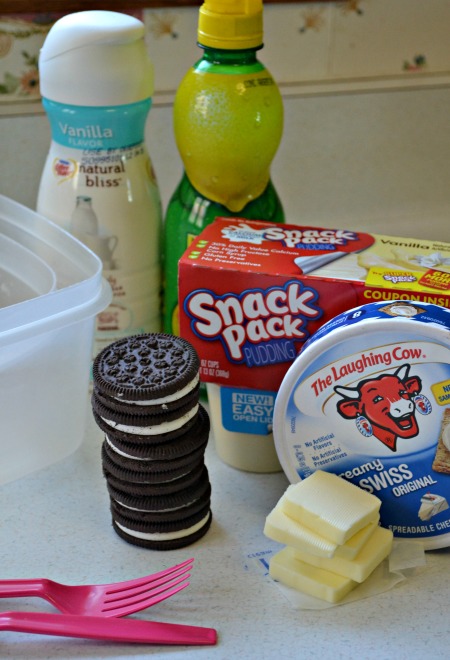 Then it was time to make crust, crush cookies with a few pats of melted margarine or butter. Use your prison aggression to get the cookies as crushed as possible. Then bake in the microwave. 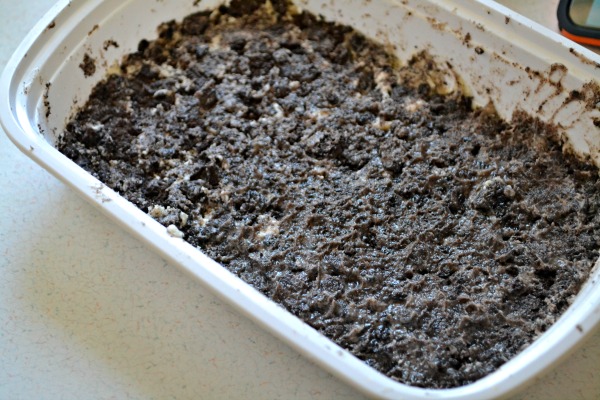 This was my second attempt of the crust. We didn’t bake it. This is what happened the first time we baked it. 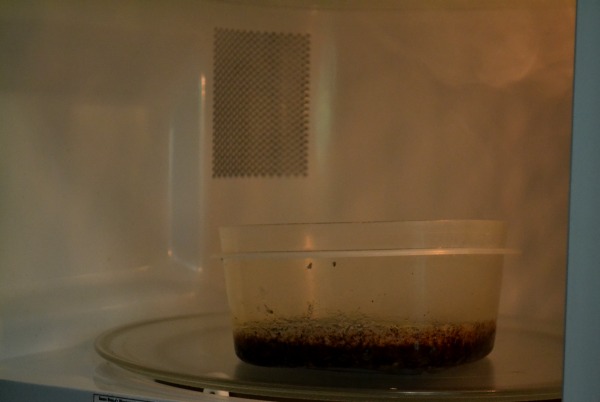 Our house still smells like burnt plastic. I fail at making prison food. 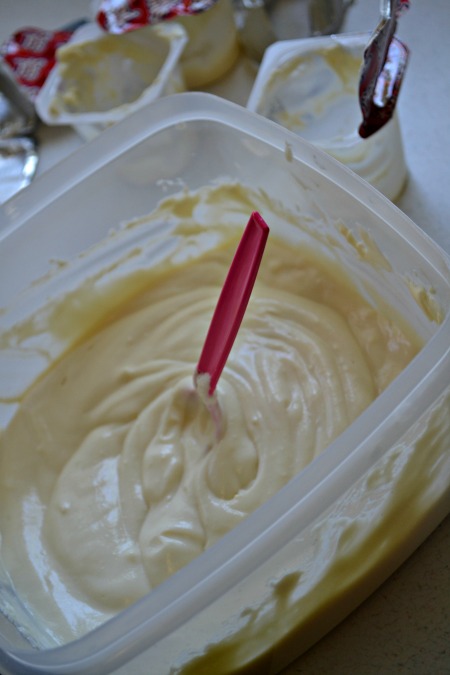 Then you mix up your other ingredients in a separate plastic container, that you can buy from prison commissary.

Pour it over your crust, refrigerate if you have access to a refrigerator that you can sneak it into. Otherwise chill in your wash bucket over ice, well hidden in your bunk.

The verdict: This cheesecake was pretty darn good! I can not imagine how good it would taste if you were actually in prison. Probably like a little slice of heaven.

For the recipe check out Piper’s old blog! thepipebomb.com

Make sure to watch Season 3 of Orange is the New Black. Only on Netflix, premieres this Friday!