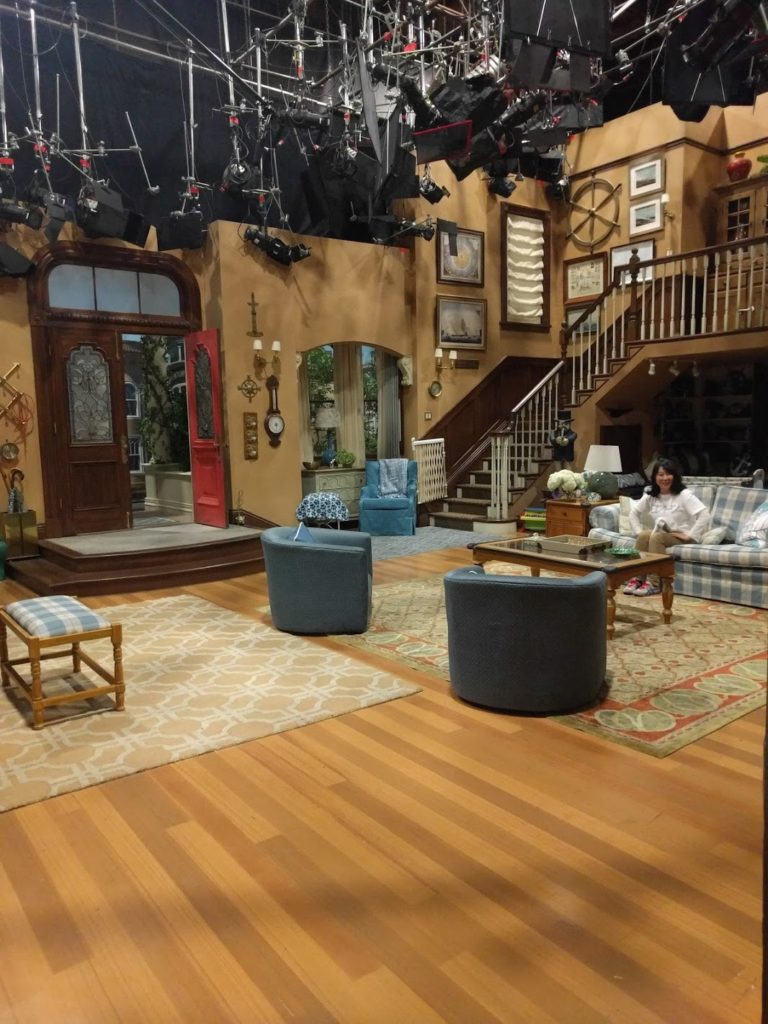 I was on a Fuller House trip with Netflix, I’m part of the #StreamTeam all opinions and words are my own.

Day one was a wonderful day of watching scenes being shot, and we even got to see some of the action that the directors and cameramen do way before the cast is even on the stage, it’s crazy to see how much work goes into it all. Even the blocking looked like quite an exhausting process (they use stand ins to determine where the actors will stand during the scene and which cameras will be used where.)

When they’re blocking they’ll bring out Cosmo our favorite pup so he can figure out where he’ll need to go during the scene. Oh, he’s such a wonderful and beautiful dog. I would be content with petting him all day.

When we first got there they were filming scenes in a vehicle, in a temporary set which was cool to see set up. Then they moved on to the living room for a scene.

Our first day wasn’t actually in front of a live audience as they were just taping a few quick scenes, but they had a smaller group of hired laughers. When we asked about this we were told they were actually cast through an acting agency. most of the laughers were older and we assumed they were probably retired. Going onto live tapings to laugh definitely doesn’t sound like the worst job in the world!

On day two, I was part of the actual studio audience. It was a really fun experience, they have a “hype guy” whose sole job is to get you excited and make you laugh even though you’ve already heard a punchline 2 or 3 times. He also works with a DJ (not DJ Fuller or DJ Tanner, ha!) which means there’s a lot of fun music between takes and the cast was really into it. The cast was all extra excited because New Kids on the Block happened to be on the episode.

The scenes are played out in actual order that they would be shown in the show, so it’s kind of like a play. It makes it so much more entertaining to watch, even if it’s unconventional and means that they have to move the cameras a lot more this way. So let’s say it’s a scene where DJ goes down the dining room stairs with Tommy and ends up in the kitchen with the rest of the family. They’ll tape DJ and Tommy in the living room, and once they have that scene wrapped, they’ll move the cameras to the kitchen. Then they’ll have DJ and Tommy go through the door and the scene in the kitchen starts to unfold. If the next scene goes to the living room, they’ll move everything and start filming there.

I have to say the most entertaining part of the night was watching Tommy (he’s gotten so so big!) because he was a giant ball of energy, he wouldn’t stop bouncing around everywhere, and then there was Cosmo (the dog) who wouldn’t listen to his marks. There were a lot of retakes because of Cosmo, we saw him at rehearsals and he did awesome, I guess he was just over it by that point. It was fun to watch those two, because they’re babies and dogs and so unpredictable. 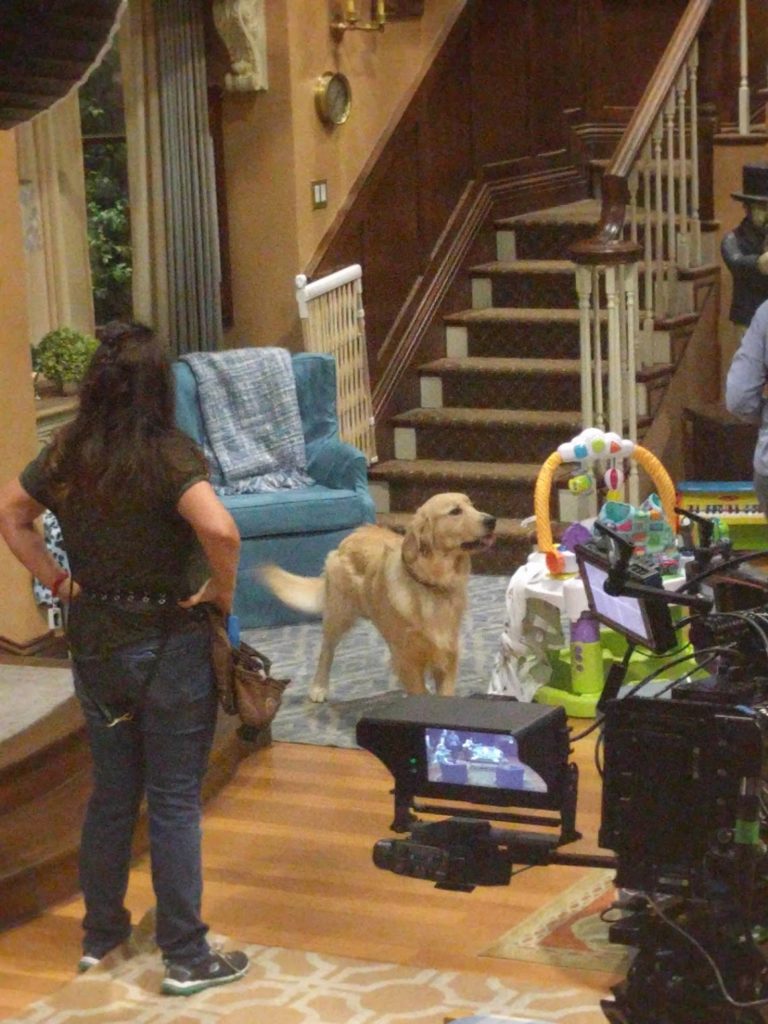 Being treated to New Kids on the Block two days in a row really makes me wish I was born a few years earlier. I’m a 90’s kid and sadly my boy band was N*Sync, but I have to say that seeing how excited Candace, Jodie, and Andrea were to be on set with New Kids on the Block was great. In our interview they said it was their dream guest stars, but now they wish they could get Ryan Gosling to guest star, and Candace mentioned that having Britney Spears on set would be great as well.

Overall, the audience taping was great. I thought it was going to be a terribly long time to sit in one space, but honestly, you didn’t even notice because there was so much going on. I definitely recommend going, but I also recommend eating a huge lunch before going. They offer sandwiches, but they’re extremely small and it’s all you get to eat for the 5 hour taping. Also, expect to have your cell phone and any recording devices taken at the door. I would recommend bringing along a cough drop or something to soothe your throat, your face and throat are both probably going to hurt from all of the laughing, I’m surprised I can feel my cheeks after laughing for roughly 5 hours.

I definitely feel like I know episode 11 inside and out, I can already quote a few lines from watching two days of tapings. I can’t wait to watch it back and see if I can hear myself in the audience. It was an epic experience, and so so cool to see the taping behind the scenes.

Brittany Belling
Written by, Brittany, the geek behind the blog. I share lots of recipes, my thoughts on the latest tech gadgets, my favorite geeky games, and snippets of life as a Work-at-home mom.
Previous Post: « Loving the New Old Music Trend
Next Post: A very geeky college study room »