I recently made my first ever stuffed bell peppers, and I gave them my own spin that ended up with these great Tex-Mex Stuffed Peppers. They were so good that AJ asked if it was too soon if I made them again the next week. They were that good. I promise. 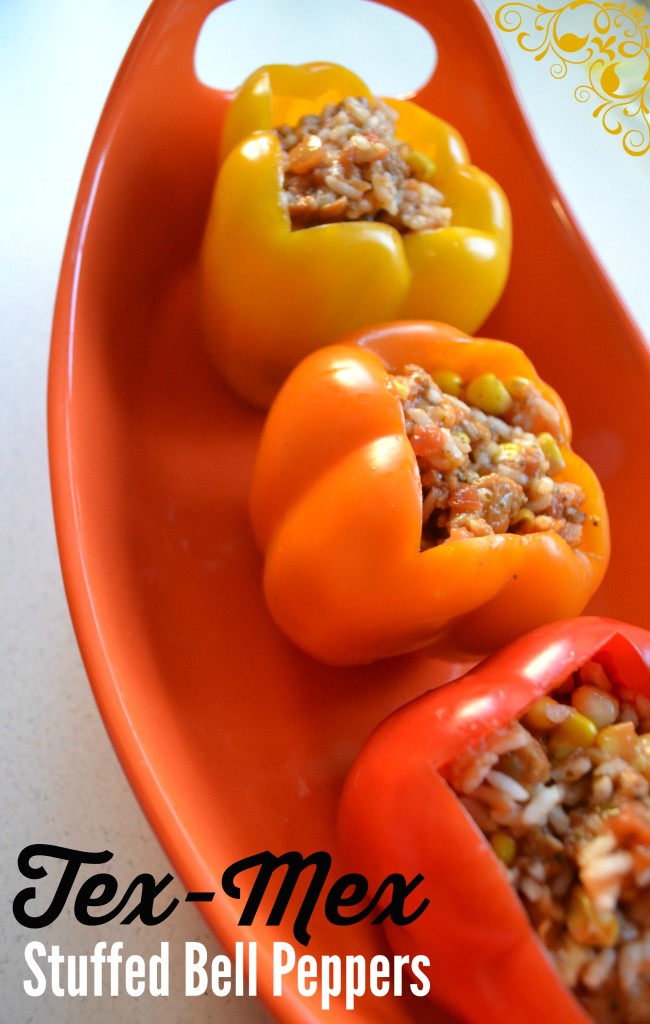 I knew I wanted to start with sweeter bell peppers, I picked bell peppers in red, yellow, and orange (in hindsight, I wouldn’t use orange bell peppers again, they were more bitter and less sweet.) 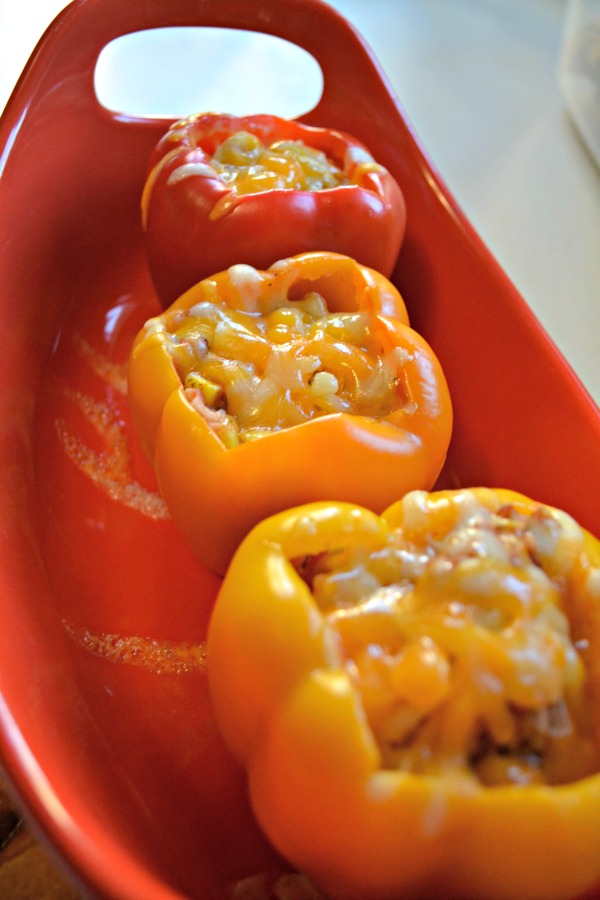 I also knew that I was going to stuff them with Italian sausage. The rest, I really had no clue. So I looked into about a million types of recipes. I found some of my favorite ideas and put them together. What I ended up with was a filling so delicious that you could eat it with a spoon…not that we ate it with a spoon, we’re not animals… Ok, so we definitely ate quite a few spoonfuls of the filling before we stuffed the peppers. 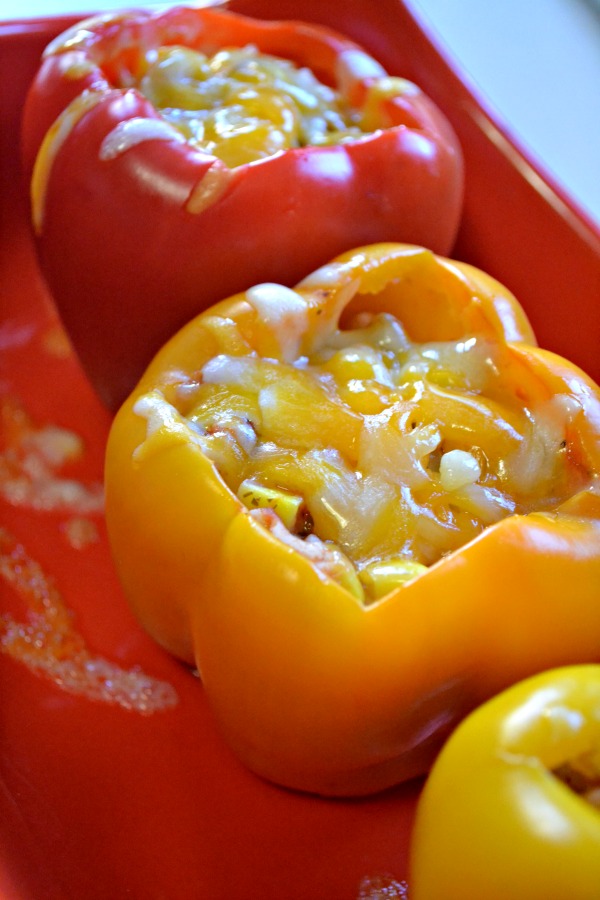 I ended up stuffing our colorful bell peppers with Italian sausage, chunky salsa, white rice, and corn. A few minutes before they were done I  smothered the peppers with shredded colby jack cheese. 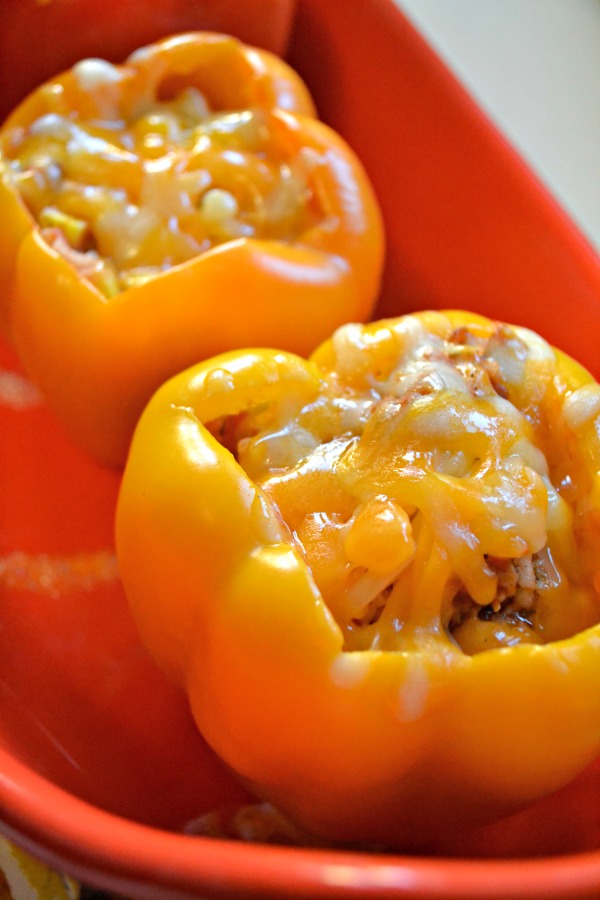 This is my first, and probably the only stuffed bell pepper recipe I will ever need. Oh, and the filling…it makes a ton! So we used the leftovers and made Tex-Mex enchiladas (my first ever enchiladas too, I was on a roll that week.) I will share that recipe with you in a couple days.
Prep time: 15 mins
Cook time: 20 mins
Total time: 35 mins
Serves: 4
Ingredients
Instructions
3.2.2925